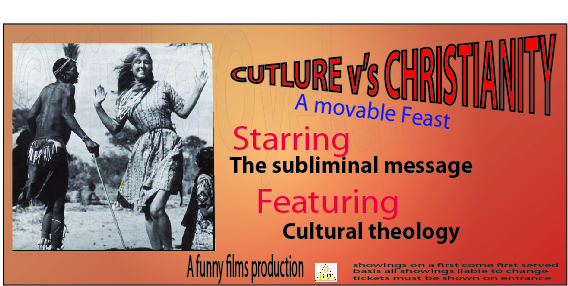 The arguments in the west over the debate on what defines acceptable morality and what is unacceptable will not go away and will cause a rift amongst even evangelicals in the west. The church cannot sweep it under the carpet and will not
be able to avoid it.

In the third world western morality linked with aid is increasingly being understood as another form of colonialism resulting in extreme and unfortunate laws being passed to delineate such nations values from the west. At least china with it’s resources grab is not seen as demanding a change in national values. For Christianity the stakes are really high and go far beyond the issues of tolerance, justice or equality, and are more substantial than the fear that some hold on the effects to society  which might result in the decision by some to seek a change in the terminology on marriage. Rather the biggest danger to the Christian is a subliminal one and it goes to the heart of the Christian message.

It is the view of this writer that the greater danger lies not in the continued expression of sin in all its formats a behaviour which will continue till Christ comes back, but the deletion of the notion of sin as an absolute needing a remedy. Adultery for example no longer holds in society the big moral taboo it once held , a cultural shift.

Culture as the defining principle

If sin can be redefined in every age then in fact there is no such thing as sin for it becomes subjective and not absolute. Is it true that Christianity  as required to be practiced is essentially practiced in a  different manner from one era to the next? If indeed you accept that Christianity is a product of culture  then the later is true, but,  if you believe that the Word of God is inspired by the Holy Spirit then the former cannot be true.

the variable is culture the constant is the word of God.

What is clear is that whilst theology has always been hotly debated and understood  throughout Christianity as a matter of interpretation, it  has never been true that Christian teaching as contained in the new testament has ever condoned slavery,  or the subjugation of women. If it is argued that these things are ambiguously supported, and I accept that an argument can be made however tenuous; we have nevertheless to accept that morality has never been ambiguous.  The bible condemns cruelty, pride, sexual immorality of every kind, greed, theft, idolatry and every other kind of immoral practice. It is always clear on sin being an absolute and a remedy being required. The church knows no other theology.

In a room with Hugh Osgood and bumped into Steve a…